New York City Police arrested 2 suspects in an alleged ring to defraud Chinese immigrants. The men are accused of claiming they would help get the victim’s relatives green cards, with connections to the US embassy in China, in exchange for thousands of dollars.According to New York Newsday, the defendants are expected to be arraigned in Manhattan on charges of scheming to defraud and grand larceny. 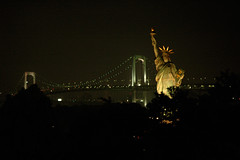 Relatively poor immigrants who may have immigration status problems themselves are thought to be easy victims by these type of scams. The assumption is that the victims are less likely to call the police for bringing immigration problems upon themselves.

Prosecutors are still uncovering the depth and bredth of the scam, and claim that new victims may be coming forward. They are encouraging anyone with information or who was a victim to come forward, and pledge not to involve immigration if someone is willing to coming forward.